Replacing And Relocating The Battery In A Kenwood TM-721

Not a tutorial, just a pictorial. I might put step-by-step notes in at a later date.

I will note that the knobs don’t have to be removed. I highly recommend you leave the main faceplate on unless you absolutely need to dig around in there, i.e. lamp bulb replacement. Those little buttons are hard to get back in once they fall out.

Note: After completing the work, please look for anything that might possibly short-out and tape it up before applying power. 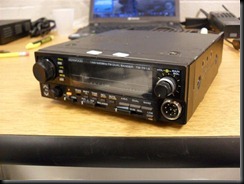 The top and bottom covers must be removed in order to swing down the head unit. The battery is in the front of the radio behind the LCD display. 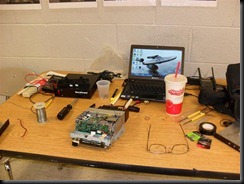 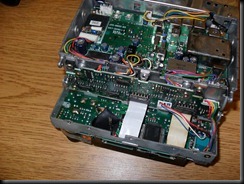 There are 6 screws that must be loosened or removed in order to swing down the head. Don’t forget the ones in the middle on the top and bottom… Leave the lower two screws on each side in (you’ll know which ones when you look at it) so the head only swings down – providing strain relief for several cables and connectors. 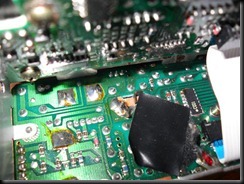 Battery was soldered where the electrical tape has been placed. The positive connection is on the right –closest to the white ribbon cable. 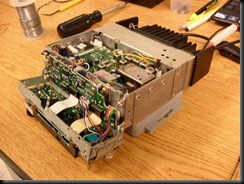 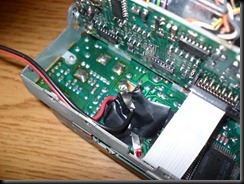 The positive lead is closest to the white ribbon cable. 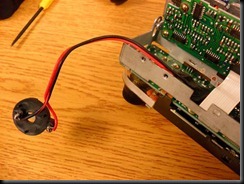 New battery will be placed in the main compartment of the radio. 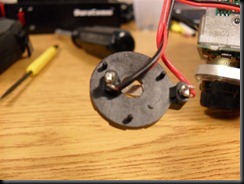 Don’t forget to wrap all this up with tape so it doesn’t short out against other components in the radio. 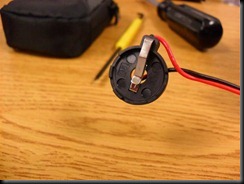 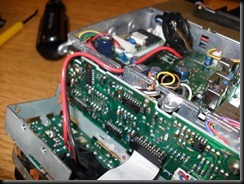 Wire routed to where the new battery will be placed. This is a tight fit so don’t use too heavy a gauge of wire… take your time and keep poking the wire with your finger to keep it in place when you swing the head unit back in place. 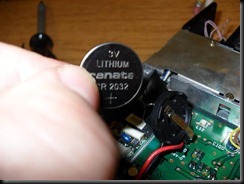 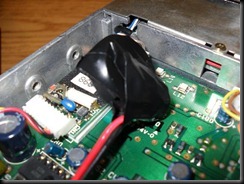 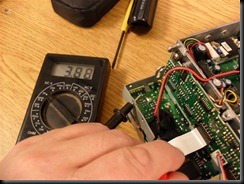 Checking for voltage at the board before taping it all up. 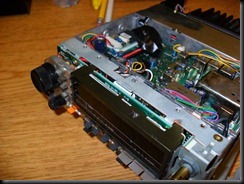 It’s a tight fit but you can fit it all back together. I wish I had found a smaller 3 Volt battery and holder. The top cover houses the speaker and it’s a really tight fit. It took me a while to figure out how to fit the new battery among the electrolytic Caps.

Battery relocated to main body of radio. Take your time as the speaker makes it a tight fit. Of course I checked for stray capacitance, etc., after doing the replacement…

Note… it worked at first but then lost memories again after an hour. Checked the battery, it was down to 1.5 V. Re-taped all connections again and entered some freqs. Two hours after turning the radio off, the mems were still there. I must have shorted the positive side of the battery to ground somehow in the first go-round and partially drained it. At least it will be a lot easier to replace when/if needed.

Note: After being shut off and not powered up for 4 days, the TM-721 still had it’s memories intact when powered on. Nice.

Note: Just completed battery replacement on a TM-731. This one went about like the first one. The one hang-up was one of the battery wires breaking loose from the original battery leads when I swung the head unit back up. Solution: a new arrangement in routing the battery wires and resoldering to the leads. Afterwards, the memories are being retained after power is removed. Good deal. 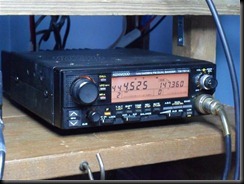 Note- Decided not to tackle the lamp replacement at this time as the radio is used in a well-lighted area… maybe next month.

However, the previous owner had already replaced the original battery in a similar manner – except they routed the new holder and battery to the bottom section of the radio. Much more room!

I did have to replace the holder as the one there wasn’t quite right for the 3 Volt batteries I had purchased for this project. However, it did make for an easier install and I thank whoever did the mod. 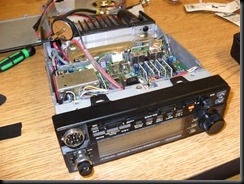 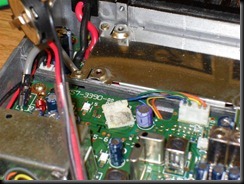 ps. It seems that some Kenwoods of the TM-721/731 vintage on occasion “lose their minds” and won’t hold memory regardless of the condition of the battery. I think I have had one of these radios in the past, but I’m not sure. Regardless, if you have a radio that doesn’t seem to hold memory even with a good battery, you might search around on the Net for a mod concerning this.

Everything You Wanted To Know About 900 Mhz But Were Afraid To Ask.

What I suspected and he confirmed through his considerable knowledge and experience on the subject was that the main stumbling block is locating and converting commercial gear to use on the 33cm band.

I’ve been looking into getting a radio on the band and possibly putting together a repeater for remote base usage at home. During this time I’ve amassed quite a few quality links dealing with all things 900 Mhz. I’m going to post them here in order to share them with others in the amateur community as well as keeping them together in a place I can find them!

The 33 CM Band at Wikipedia

(According to the author of the site above, the Motorola GTX900 can be programmed to work on the 900 Mhz amateur band.)

Knowing what the MURS Frequencies are is just half the battle. The PDF below from Teledesign contains additional info concerning the required bandwidth for some of those frequencies.
Unlicensed VHF

Table of Contents
Cool website with info and hi-res photos of many, many classic microphones.
It's hard to classify some of these as "tools" or "art."
W4HKL
Posted by Steve at 12:01 PM No comments: