Three 15 meter contacts I made today

Here are my antennas. Not a lot, but they do what i need them to do. I'm most impressed with the 80 meter Half-Wave End Fed vertical/inverted-L/longwire (you decide what it is!) It tunes form 80 - 10 and seems to do really well 80 -20 meters.


For VHF/UHF, I rely on a Diamond X3200 Triband vertical. I've had it for about 4 years and haven't had a single problem with it. It's mounted above the high eave at one side of the house opposite the repeater antenna. It's not that high above ground, about 20 feet, but the house sits at around 1300 ft. and I'm right at the top of the hill. 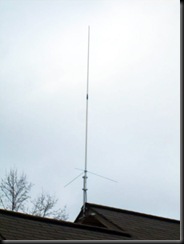 For my repeater/remote base, I use a Cushcraft ARX450B... a descendant of the old Ringo Rangers. 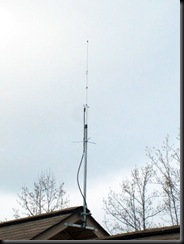 I mainly got it due to it being rugged, having a feeding method which decouples the antenna from the feedline... and the price was right.

Since mounting it up on the top of the house and feeding it with LMR400 (RG-8X, get behind me, devil!) it has a good shot into the Caryville/Jacksoboro area... with LaFollette and the Campbell Co. side of Hwy 63. I'd say you can hit it mobile from the time you round the curve at the Speedwell Post office.  You should be in it until you’re on I-75. The main thing I want is HT coverage within a 7 mile radius and I think I've got it covered... and then some.  Teh remote base antennas will be a dual band 2 meter/440 and a separate DB Products UHF 7 element yagi aimed at the Middlesboro 442.325 WM4MD repeater.  I’ll be able to work the other UHF repeaters in the surrounding counties of that one as well (if it doesn’t desense too badly with the repeater.) 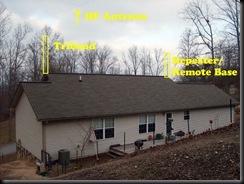 The view from the top of the hill.  Over the roofline lies Jacksboro and

The HF is covered by the following system: An Alinco EDX-2 remote autotuner feeding a 126 foot end-fed inverted-L strung up and through the trees. It is fed against an 8' ground rod and is working great (1/2 verticals are not noticeably improved with extensive radial systems; research L. B. Cebik half wave antenna,  AA5TB End Fed Half Wave antenna; etc.)

Some pictures of my HF setup. 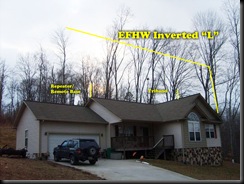 The front of the QTH.  The last hill behind the house is it…  on the other side is I-75 and Onieda… behind the camera is Caryville/Jacksboro. 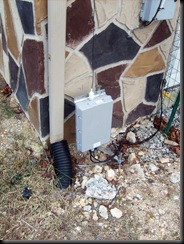 The Alinco EDX-2 autotuner (8 ft ground rod below it) 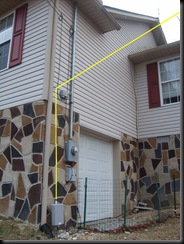 The base of the antenna 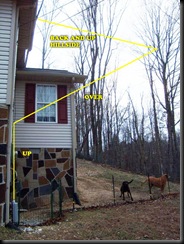 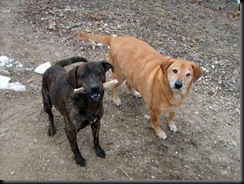 The Ground Crew, Buddy and Pugsly 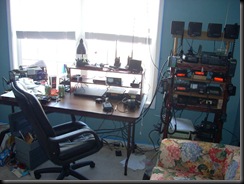 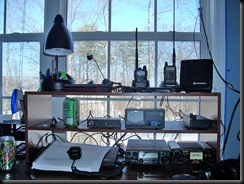 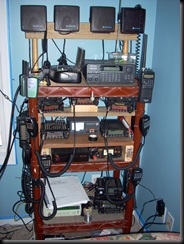 The VHF/UHF Tower of “Babble”